The pinnacle side-scrolling game starring kid hero, Billy Blaze. The first three episodes were released together as the series: Invasion of the Vorticons. Apparently the engine was created to port Super Mario Bros to DOS but when that didn’t work out, they just rebranded it into the legendary title it is. Most of us who know Commander Keen are loyal fans. The best fansite I know is http://www.commander-keen.com/. Check it out for the Keen story, maps, music, and more.

Episode 1: Invasion of the Vorticons – Marooned on Mars

Billy Blaze, boy genius builds a Bean-with-Bacon Megarocket out of spare parts and Flies to Mars. The evil werewolfesque Vorticon Aliens steal his parts and Keen runs around the tiny planet getting them back. 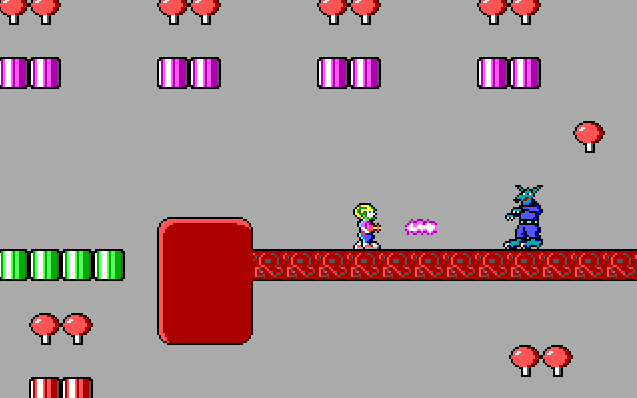 This is the bizarre middle child of the Commander Keen series. Under contract to make one more game after the original trilogy, They upgraded some of the graphics and gameplay and built this strange vegetable monster nightmare. This game was the birthplace of many of the improvements so loved in the further episodes and a fun lesser-known find for the more rabid fans.

The eight-year-old commander needs the help of the bearded oracle council members to save the galaxy from another evil band of aliens. We wander around the Shadowlands rescuing said berobed old men so they can gather together and… something. I never followed the story too well because I never managed to get myself the next episode, but the gameplay in the new series is fantastic. This is probably my most played game on the site.

Only the Demo is available for this game, but if you’re a Commander Keen fan, this one is definitely worth checking out.

Here we feature new games created by the Commander Keen fan community. Here you will only find mods of the shareware games to keep things legal, and only those mods that have passed the test of awesome.

Episode 7: The Universe is Toast – Keys of Krodacia

This is a beautifully done mod of Keen 4 by Ceilick of the Public Commander Keen Forums. It is generally accepted as the officially unofficial Episode 7. The story picks up where Keen 6 leaves off, taking the place of the story in Keen for Gameboy Color (but nobody cares, because that’s not part of the REAL Keen story anyway). Keen flies off to Krodacia to find and stop the Universal Toaster Cannon from toasting the Universe. Keen wanders around the planet searching for the keys to Mortimer’s base and battles aliens on the way.

It’s fun to play through the game and pick out which Keen 7 elements are based on which Keen 4 Elements. Check out the flying fish. 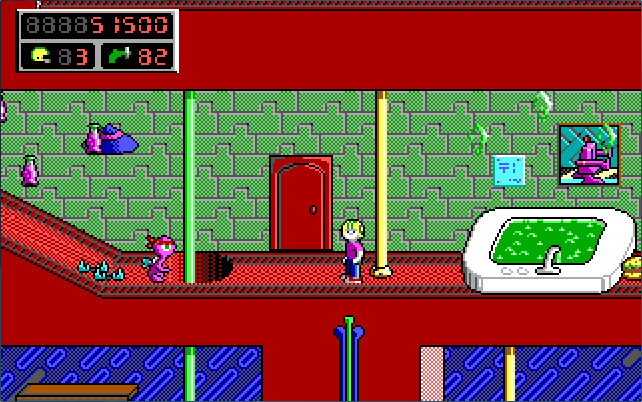 Episode 8: The Universe is Toast – Dead in the Desert

Another mod by Ceilick of the Public Commander Keen Forums. Lots of fun.