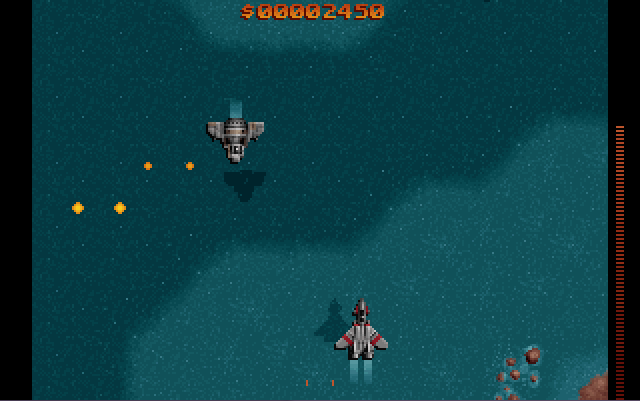 Fantastic vertical scrolling fighter jet game. The free version includes the first of three waves. The rest of the game is still available for purchase at a hilarious price considering this game is older than many highschool students. Only inflation has lowered the price since the original release. One of these days I’ll probably give in and buy it just because I spent half of my childhood wishing I had it.

Note: Mountain King has actually released a windows version which is free to download at http://www.mking.com/raptor/index.html and works… pretty much. It runs full screen, but (I think it’s because it was only technically released for Windows 95-NT) there are some color issues and it doesn’t run as smoothly as our very own DOSome Games version. But hey, they’re free. Try em both if you want!