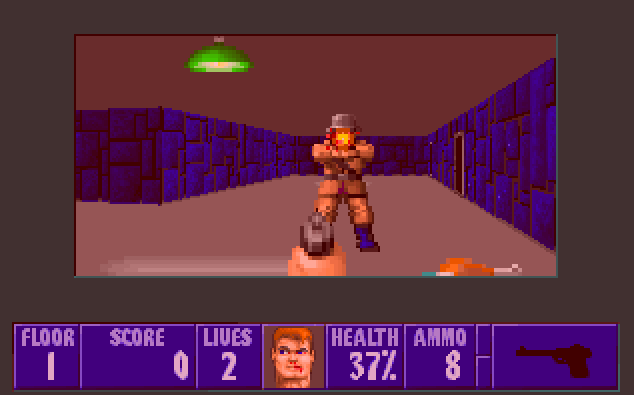 Inspired by the less well known Castle Wolfenstein games, Wolfenstein 3D established the First-Person Shooter genre. The main Character also contributed greatly to the gaming world by being the grandfather of Billy Blaze, eight-year-old genius of the Commander Keen series. Who knows who decided that but whatever. You can’t say know to nerdy trivia.